Some of the best candidates for subscription products are day-to-day necessities, like toothbrushes, toilet paper, and pet food. These items might not be the most exciting, but all (or most) of us need them on a regular basis.

William Strange and some friends realised that underwear is something that you just need to buy (especially once you grow up and your parents stop buying them for you). But getting to the shops to buy them can be a hassle and expensive. Inspired by Dollar Shave Club, Will decided to launch Three65, an underwear subscription service for men.

In this interview, Will reflects on the story behind Three65, his experience pitching the business on Shark Tank Australia, and some of the challenges he’s faced.

Kirby: Could you start by telling me the story of how Three65 came to be?

Will: It was at a lunch I had with a couple of mates. We were talking about Dollar Shave Club, not long after it launched in the US about three and a half years ago. At that time, Dollar Shave Club had basically launched their whole program. They had a lot of media publicity about the subscription service, offering access to razor delivery on a regular and consistent basis for minimal cost.

We really liked the model, so a few of us got together and thought: “What else could that apply to?” We were 23 years old and we realised that socks and jocks were just one of those things that you had to buy.

When you’re growing up, usually it is your Mum or your Dad who buy your socks and jocks, or you got them for Christmas. Once you do go out and purchase them for yourself, you realise that they are extremely expensive items for the amount of fabric or the actual product you’re getting. Basically what you’re just paying for is a brand.

So we looked at applying the Dollar Shave Club idea to that product.

Kirby: I read that you found your manufacturer in China, how did you find them?

Will: Initially we went online and looked at the usual services, Alibaba and what not. But we had a few contacts that had a bit of industry knowledge over there and contacted them to see if they could find someone for us.

I went over to China and saw a few of them. That’s when we made a decision, got a couple of samples, and went from there.

Kirby: How did you reach your first customers?

Will: The first place you go is family and friends. Social media was also a big one for us. That’s where we spend 99% of our time. That’s been our biggest driver, going through Facebook and Instagram and keeping in touch with our audience.

Kirby: Is that how you’re reaching customers now, mainly through social media?

Kirby: Can you tell me a little bit about your experience going on Shark Tank Australia?

Will: It was a good experience. It all sort of happened at once. I remember interviewing for the show only about three weeks before they said they were filming. Then they suddenly sent me to Sydney. They said: “Be at the studio at seven in the morning.” I got there and within 20 minutes they put me into what they called the tank. I said: “Is this a dress rehearsal?” And they said: “No it’s not, you go out, you do what you need to do and you come back in. It could take anywhere between 25 minutes to an hour.” I was the first in for the day and I was in there for about an hour and a half.

It was really good for advertising. That was the main driver behind us doing it and from what I can gather, other people doing it.

Kirby: You received some equity and debt investment from Janine Allis and Naomi Simson, can you reflect on that experience for me?

Will: That was good. It basically allowed us to walk away with something. After that we had a few meetings and a lot of brainstorming sessions. Getting their input was vital in terms of some of the direction we’ve taken since. One example is getting a new website and actually spending money on it. That was something we were trying to do too cheaply. They said: “Your website is your salesperson, it needs to be pristine, otherwise you’re not going to get what you want out of it.”

Kirby: Do you have any sort of advice for other businesses—about pitching to investors or going on a show like Shark Tank—coming out of that experience?

Will: Yeah, the advice I’d give is know your numbers. I know it sounds pretty obvious, but when you live within your business, you should really know everything to do with it, whether it’s your gross margins, cost of goods, or projections. But funnily enough there are a lot of people who don’t. It may not come up, but when it does and you “um and ah” or it doesn’t quite make sense, that really puts people off. Also I think being confident in your own business is key.

Kirby: How many people are on your team now?

It’s hands off. It just needs someone managing the inquiry emails plus doing some marketing. The way the business is set up is quite good in that sense.

Kirby: Are you willing to tell me how many subscribers you have on Three65 now?

Will: We have put out numbers recently. We’re at over 1,000 subscribers.

Kirby: Can you tell me a little bit about your experience using WooCommerce Subscriptions to power the recurring payments?

Will: That’s been really good. The subscription service that’s plugged into WooCommerce for Three65 is taking it to that next level.  As I said before, when you’re operating a lean business you’ve got to try to get the technology running the majority of the business. So for us, not having to work with or deal with the manual subscription services or having to worry about whether or not something is going to bill is a massive load off my mind.

WooCommerce Subscriptions is fantastic. Jason from Emote Digital (the web development company behind the Three65 website) is a big fan, he’s always telling me how happy he is with it. If I’m happy and he’s happy it generally works. As I said, it’s something that allows us to spend our time doing marketing or servicing customers, rather than having to worry about the technology behind the website. 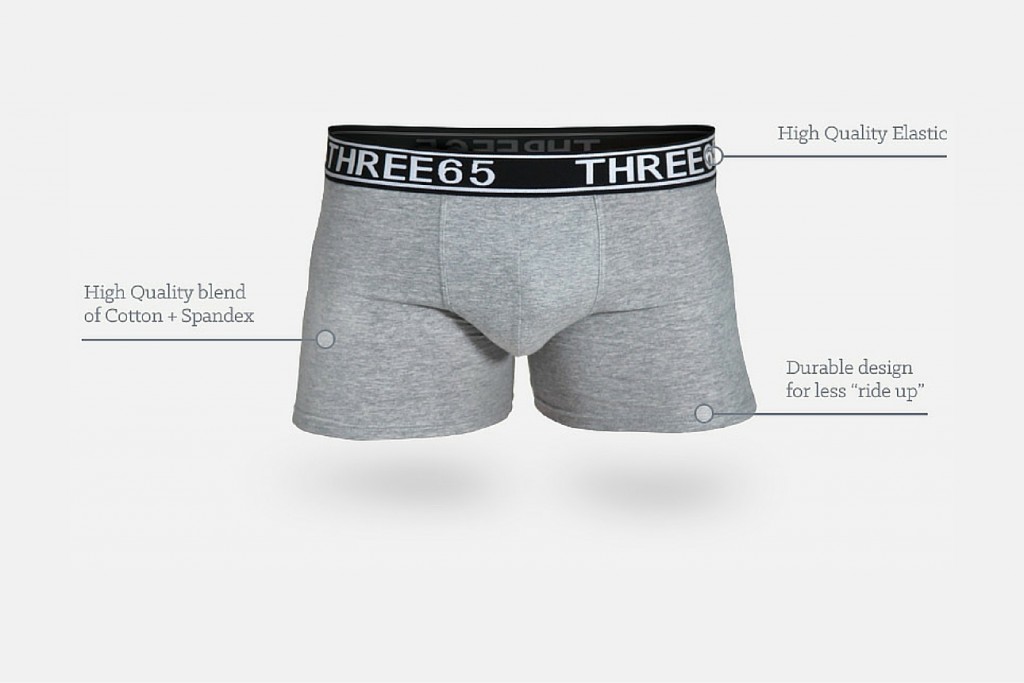 Kirby: Can you tell me about the biggest challenge you’ve faced so far in the business?

Will: The biggest challenge is time. I’ve got another business (Sports Performance Tracking) that now has six full-time employees including myself and has quite substantial investment in it. So I’ve got to balance my time. The hard part about that is that time generally gets spent on the business that’s doing better, when realistically you need to be spending it on the business that isn’t necessarily growing at the same rate.

It’s not a mistake I’ve made, but it’s definitely put me in a bit of a hard position. A year ago, two years ago that was fine and very easy to balance, but it’s getting more and more skewed towards working on Sports Performance Tracking more than working on Three65. So right now, one of our tasks is to find someone to come in and manage the business and do my day-to-day role.

Kirby: Do you have any advice, general advice, for other entrepreneurs?

Will: Give it a go. There’s nothing to lose, really. You’ve got to look at yourself and the position you’re at in life. But as a young person having a crack: fortunately other people, especially within Australia from what I’ve found, are extremely willing to talk at any given point. Just pick up the phone, ring someone, try and acquire as much knowledge of theirs as you can. That will allow you to make a more educated decision. It’s not as hard as it’s cracked up to be, as long as you’re willing to put in the time and effort.

Sometimes it takes a lot longer than you initially thought. You’re always going to make mistakes, it’s just how you deal with them that matters.

Kirby: You’ve touched on this a little bit already, but what are your plans for the future at Three65?

Will: As I said, we’re looking for someone to come in and help manage the business. Probably a young person to drive some of the campaigns and thoughts we have for the business. 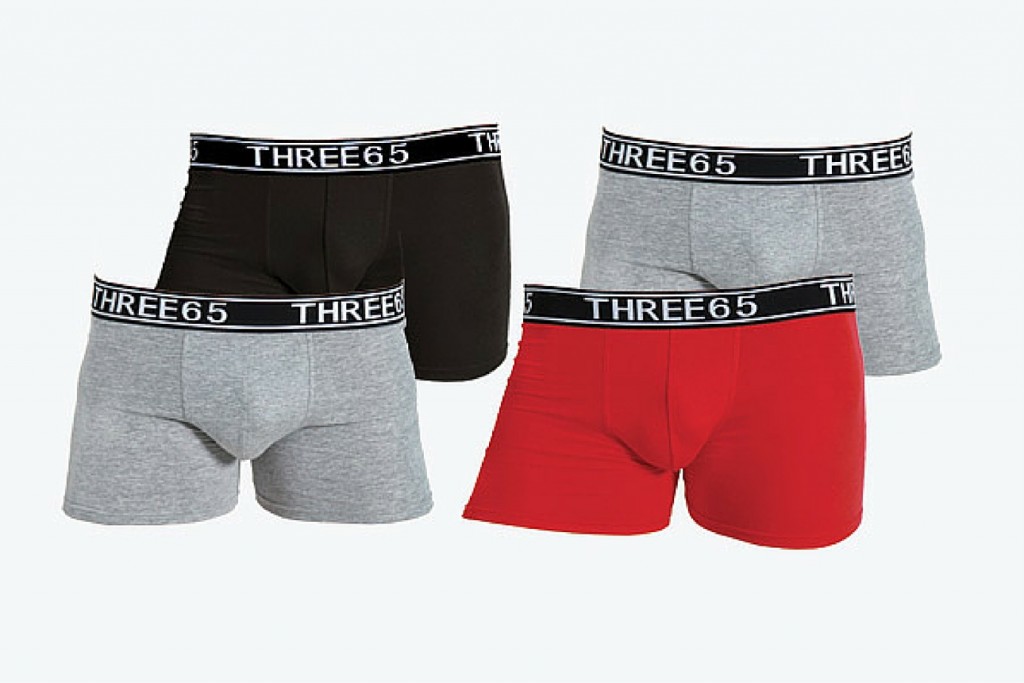 We love hearing from businesses that are using WooCommerce Subscriptions to help people save time, money and hassles in their day-to-day life. Thanks to Will for sharing his insights and experience with us. It was especially interesting to hear about his Shark Tank Australia experience and also the challenges he’s faced as the founder of two businesses.

If you’re based in Australia and starting to think about holiday gifts—especially for that reluctant underwear shopper in your life—a Three65 gift subscription could be just the ticket!